Get fresh music recommendations delivered to your inbox every Friday.
We've updated our Terms of Use. You can review the changes here.

Live at the State Theatre 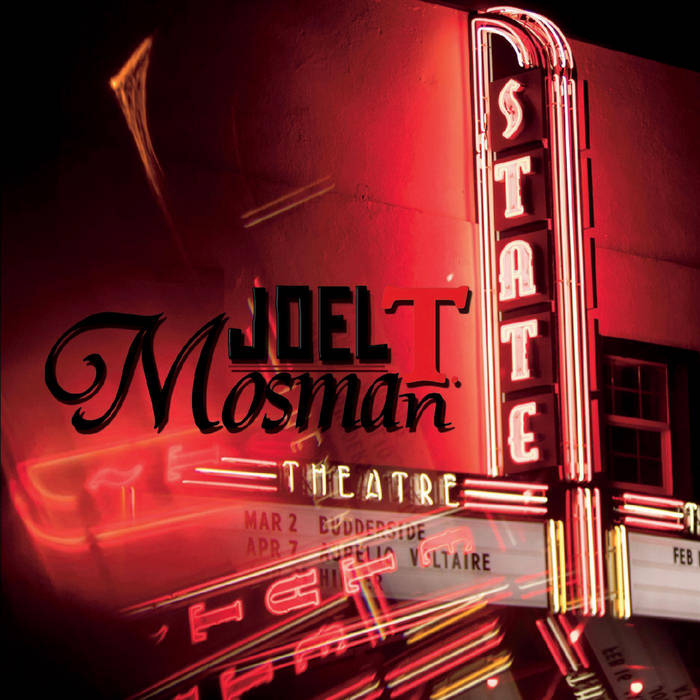 A compilation of live stage performances by Joel T. Mosman at the State Theatre in Harrah, OK in 2017 and 2018. Mosman’s solo performance blends folk, blues, and country music on an acoustic guitar self-accompanied by harmonica to form his own version of Oklahoma roots music.

“I'm a sucker for these old theatres. I fell in love with The State Theatre the first time I walked on stage. I became acquainted with the place through my friend/guru/partner-in-musical-crime Travis Hodge who runs sound for the theatre.

In 2017, I had the pleasure of being a support act for the musical legend Roy Clark. That concert was also a benefit for Hurricane Harvey relief efforts. We all had so much fun that I was called again in February 2018 to be a supporting artist for Jason Boland (who can be credited for the sold-out crowd). It was a great night hanging out with old friends, meeting new friends, and cutting loose a bit. You can't play a gig at The State Theatre to THAT crowd and NOT cut loose.”

The State Theatre first opened around 1939 and had been a staple of Oklahoma entertainment. The theatre has seen many great acts including Roy Clark, Jason Boland, Marty Stuart, Candlebox, and more. For tickets please visit thestateok.com

This recorded was engineered and produced by Travis Hodge of the T. Hodge Lodge Studio in Shawnee, OK. For more information go to thodgelodge.com

In addition to solo performances, Mosman is also joined frequently by his band Oklahoma Uprising.

In 2017, Mosman and his band released their debut EP Bridges & Borderlines. The release is the first of a series of productions that represent the band’s studio work to date and will continue to be released through 2018. All songs were produced at the T. Hodge Lodge Studio in Shawnee, Oklahoma and at the home of the band's drummer Zach Wiederstein. “When we started the band, I just wanted to make good music. As the songs began to reveal themselves, I realized that a lot of them were about my struggle to become a better person… and how I’m always failing at it!”

Mosman is also a freelance writer, video blogger, promoter, and associate at T. Hodge Lodge, Inc. (Stage and studio production). He is also family and community oriented and an active citizen who maintains a line of communication with legislators, and other community leaders.

More information on Mosman and his band at oklahomauprising.com

Alternative Country band fronted by singer/songwriter Joel T. Mosman. Lyrics about overcoming adversity rise up through raw electric guitars as a symbol of Mosman’s journey from self-destruction to self-actualization. Artistic influences include Leon Russell, Jason Isbell, Reckless Kelly, and Son Volt. Oklahoma Uprising is about the fight against existential hardship within and without. ... more

Bandcamp Daily  your guide to the world of Bandcamp